It was a real treat having these two at GPAF. I've known Duke for quite some time, and I think he must be the nicest guy in the buisiness. When you meet him in person, he'll always greet you with a big smile full of warmth. Real warmth, not just the salesman smile. He has teamed up with Dr. Earl Geddes to bring a truly exceptional series of loudspeakers to market. The Summa loudspeaker was on display at GPAF. They were handing out flyers and diskettes with information about the speakers, so they came prepared. In case you missed your copy of the diskette, here is the specifications document that was on it:

I really like these speakers. They are a DI matched two-way, with a 15" midwoofer and a 1" compresson driver. So naturally, I'm in agreement with its design principles and really liked their sound. 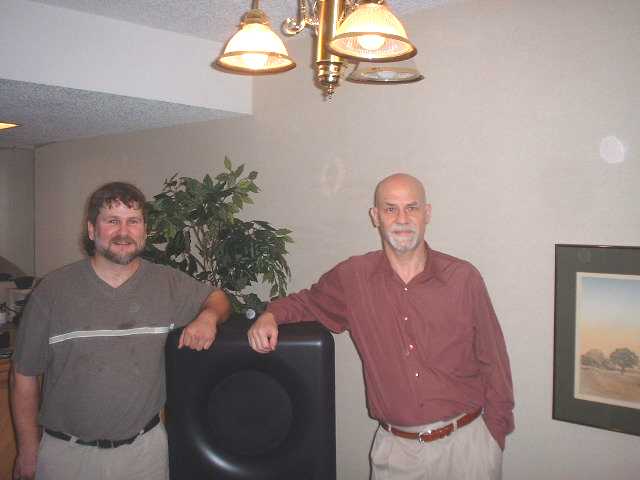 Earl is one of the most interesting people in the business. There are a lot of talented people in this business, but Earl is alone in one aspect. He is both academically popular and also approachable to the general public. You don't see that very often. Most of the people that publish a lot in academic circles don't involve themselves much with the public. Those that get directly involved with manufacturing, sales or DIY aren't usually publishing a lot for peer review. But Earl does both, and I think that's to his credit.

In person, Earl is a lot of fun. He is just as quick to get into a discussion if the situation is right. He loves to take a contrarian position, often arguing a point that opposes his own published and stated views. Earl sits quietly and watches, and if the conversation takes a turn that is interesting for him, out will come a stream of information. But as you might expect, he marks his words with passion, not like a repository of information but more like an artist striving to make the painting just right. 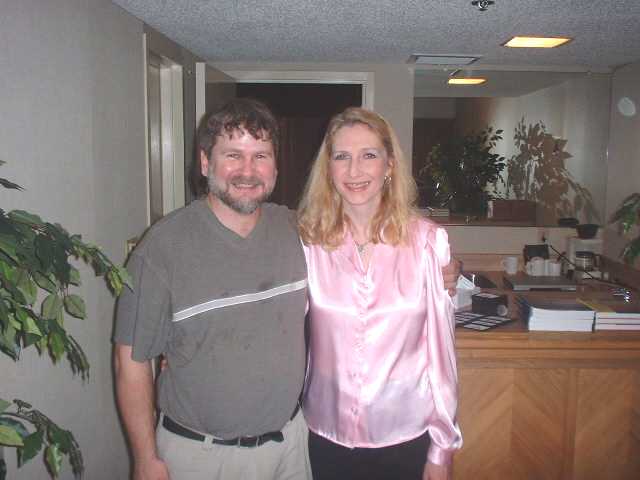 Duke brought his wife Lori, and she was a most pleasant and gracious hostess. To tell the truth, she stole the show. Lori brought some little lamps that got everyone's attention. She sold more of them than she brought. Check out the lamp at the lower right in the photo below. As the lamp slowly changes colors, it steams off water vapor that looks like fog that settles in the valleys at dawn. It hangs in the air, sneaking over the edge of the lamp and drifting away. That thing was so cool, I just had to buy two of them. 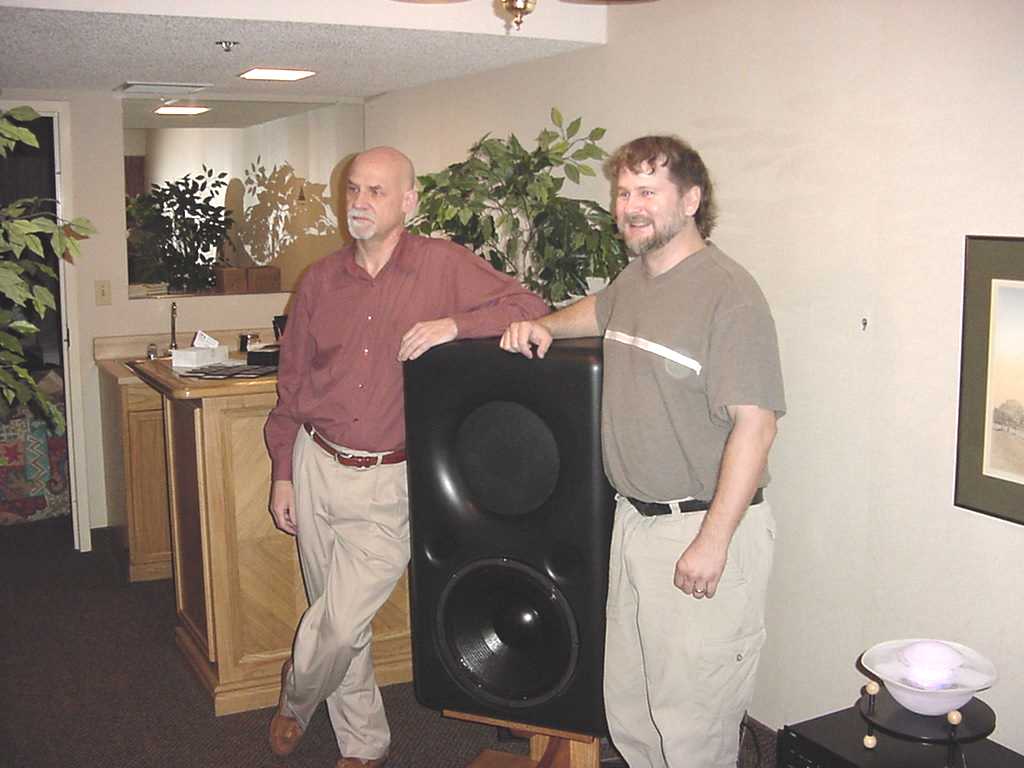 Earl and Duke, standing beside the Summa loudspeaker