Well, now we come to my room. I was certainly proud, but I'll not go into details about my speakers here. There are a few things I'd like to say about the models we showed this year, so look for the GPAF coverage post in the π Speakers forum. But I would like to say a few things about the amplifiers we showed, and some other details that may be of interest.

We had Audiophile Series seven π Speakers in the front room, and tower two π speakers in the back. Both were connected to a variety of equipment, all of which sounded very nice. I had hand-picked three amplifiers I wanted to show, which was one too many already. And I had offered to setup amps from Selectronic and AudioTropic as well, so that gave me five amps to demo with. Am I spoiled or what? 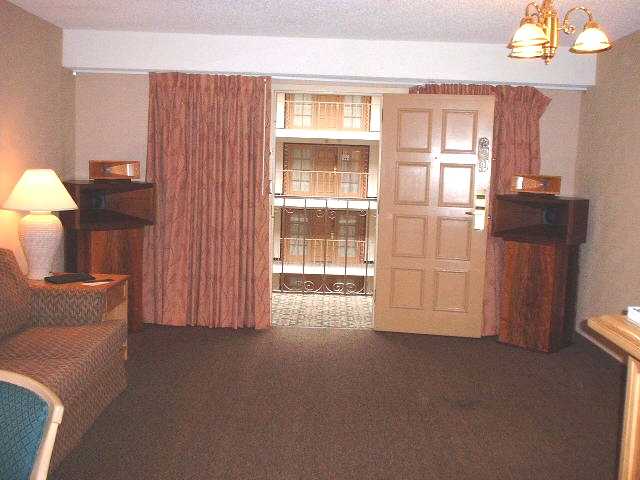 The seven π Speakers were driven by an Audio Note Kit 2, which sounded very nice. The Kit 2 is an excellent value and I was immediately impressed by it. When Mark Margiotta decided to buy a new pair of Audio Note monoblocks (seen in the Tulsa Club room at GPAF), I jumped at the opportunity to buy his Kit 2. Mark installed Audio Note copper caps throughout, except where electrolytics were used, Black Gates were installed. It had been built without transformer covers, so I asked Brian Smith of Audio Note Kits about caps, and he had them in stock and shipped right away. In my opinion, these are a mandatory option. The amp sounds great, but without the caps, its looks don't match its sound. With the caps, this is a very beautiful amp that has looks to match its luscious sound. 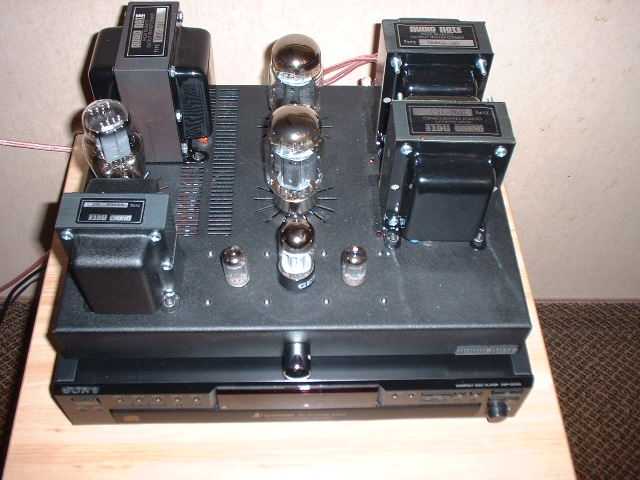 Audio Note gear tends to sound very full to me. I think it is probably voiced for the Audio Note line of speakers, which are actually kind of small compared with most of the systems I run. But the Audio Note Kit 2 sounds absolutely perfect with the seven π's at home, and sounded very very nice at GPAF too. That's why I bought this amp from Mark, because the combination is excellent. I think there may be just the slightest hint of bass bloom in Audio Note amps, but it sounds great and it's what I'm listening to right now, as I write this.

My personal favorite system was the Selectronic ProFet monoblocks connected to the AudioTropic Moebius preamp. The system seemed to be a favorite among others at GPAF too. It had the creamy SET tube midrange with perfect bass impact and control. So you got the best of both worlds. Amazing! This system really hushed the crowd, cause you just wanted to listen, hypnotized. 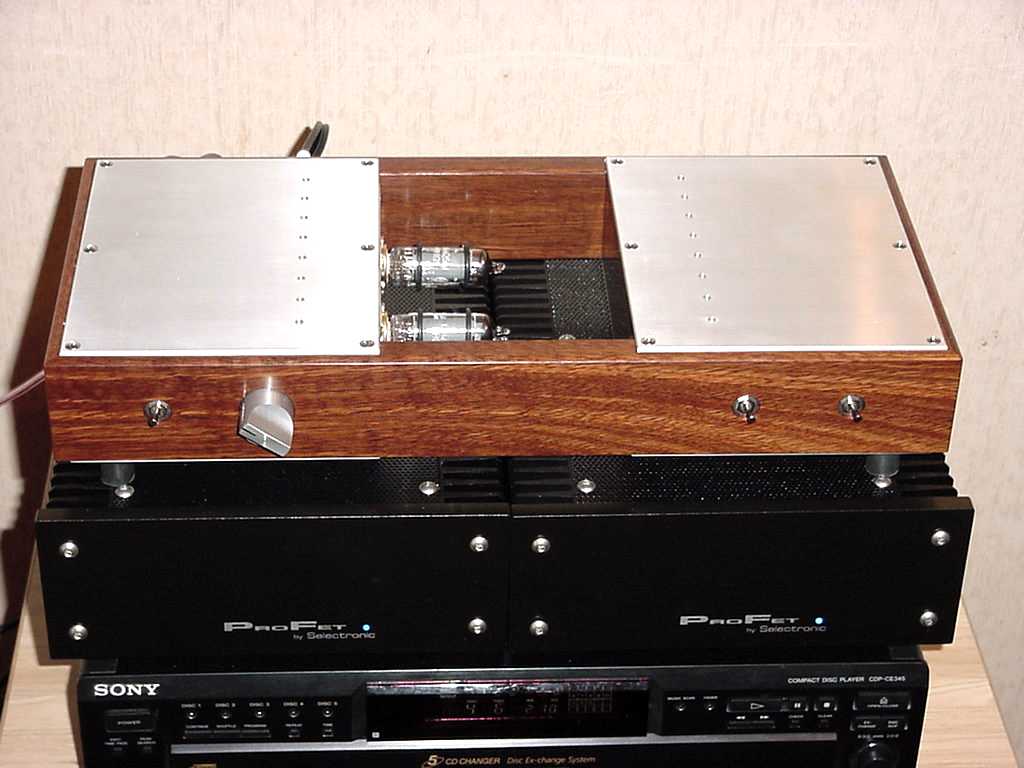 Back in the second room, I had a pair of two π towers, and I used three separate amps on them. The AudioTropic Musical Machine was connected for most of the afternoon Saturday, and it is a beautiful and great sounding amp, a perfect match for the two π towers. I also connected a Heart Audio Stoetkit Jr. MkII for a while on Friday and a Nelson Audio Image SE8 all Saturday morning and Sunday. Both of these amps cost less than a grand and both offer truly great sound. 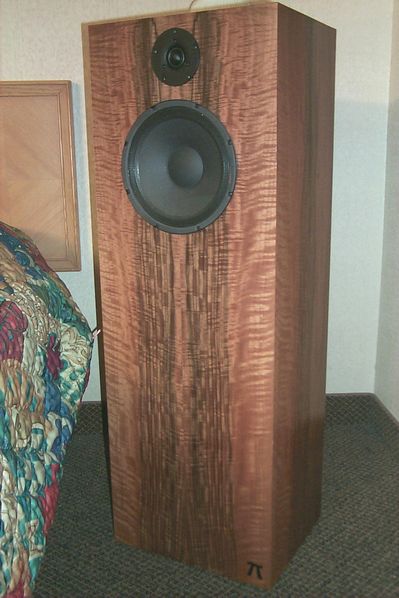 I think my favorite is probably still the Stoetkit, but that may be an emotional attachment. I was real involved in the early promotion with Frank Stuppel, not by having any financial involvement, but just because he offered the AudioRoundTable.com group buy deal last summer and so I got one right away. I built mine and detailed it on the FSAudio forum, and then later found a bad capacitor and telephoned Heart in Holland about it. I eventually bought Kimber caps and Black Gates for replacements and bought a bunch of different brands of tubes for it from Aki at BOI Audioworks. So I've just gotten kind of attached to the Stoetkit, and it does sound very, very nice. 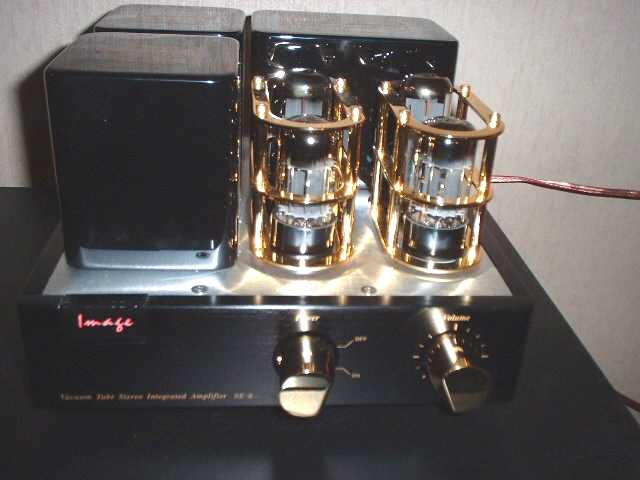 The Nelson Audio Image SE8 is an excellent amp too, and it has become one of my favorites. It delivers a lot of good clean power, so the bass isn't washed out like on other low cost SET amps. It has no trouble driving difficult speaker loads either, so that's a plus. Most SET amps get tubby or lack bass with funny loads, but the SE8 has enough oomph to drive them and keep them controlled. And just look at it - It isn't your typical low cost science project looking thing. It's something that you're proud to display as well as to listen to.

Speaking of looks, check out the AudioTropic Musical Machine. It's a bit more expensive, but boy does it look and sound nice. This amp sounded great on the tower two π's, and is a beautiful work of art too. 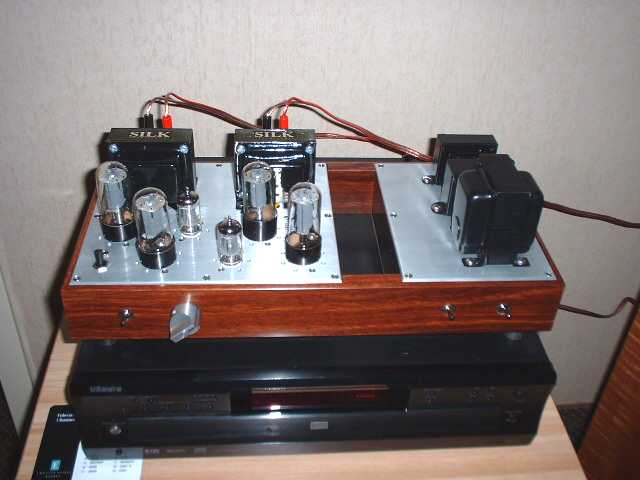